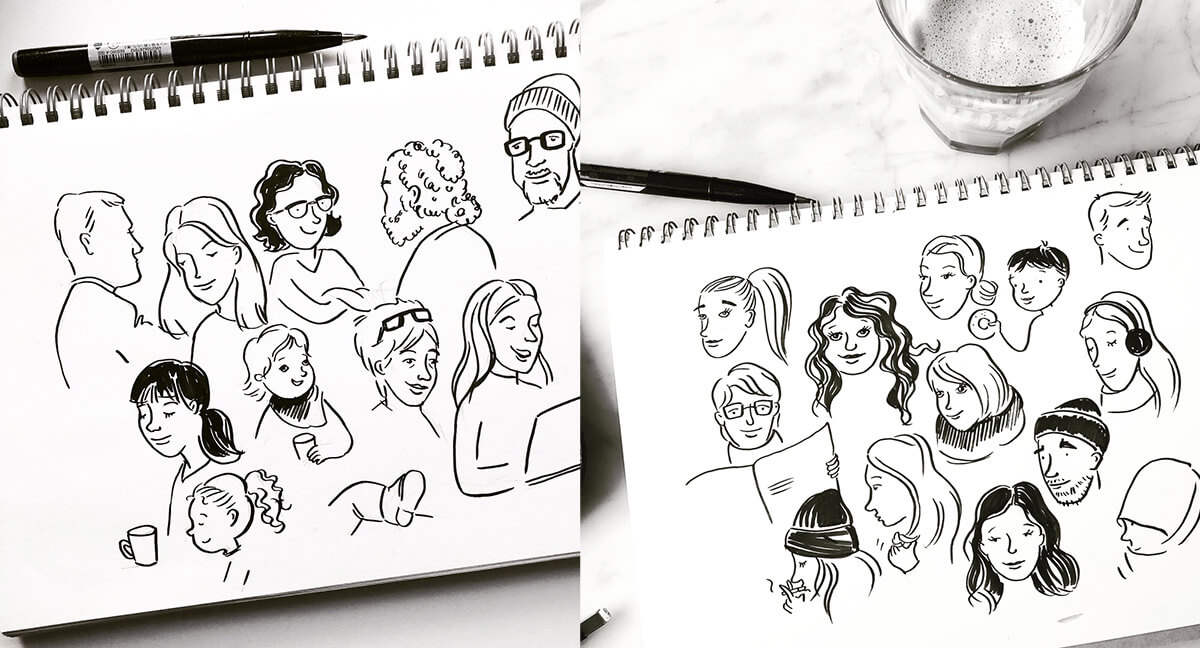 Recently, I have come across a couple of exciting discussions around diversity in visualizations in my social media channels. One of those focused on how best to represent national diversity without resorting to stereotypes.

The proposals ranged from simple ones that suggested coloring figures differently to marking them with flags to visualize their origin.

The article by Prestosketching raised the same question, and also provided a few solutions n this topic: Different hairstyles for example. They help you diversify people very well; it is something I can see easily. Since visualization requires us working with very simple means and ideally with very few lines, we don’t often have the possibility to go into great detail. There is a potential to lose yourself too much in little things, which in turn also presents some difficulties in terms of time – you could be wasting time needed for other tasks instead of delivering visualization results quickly. 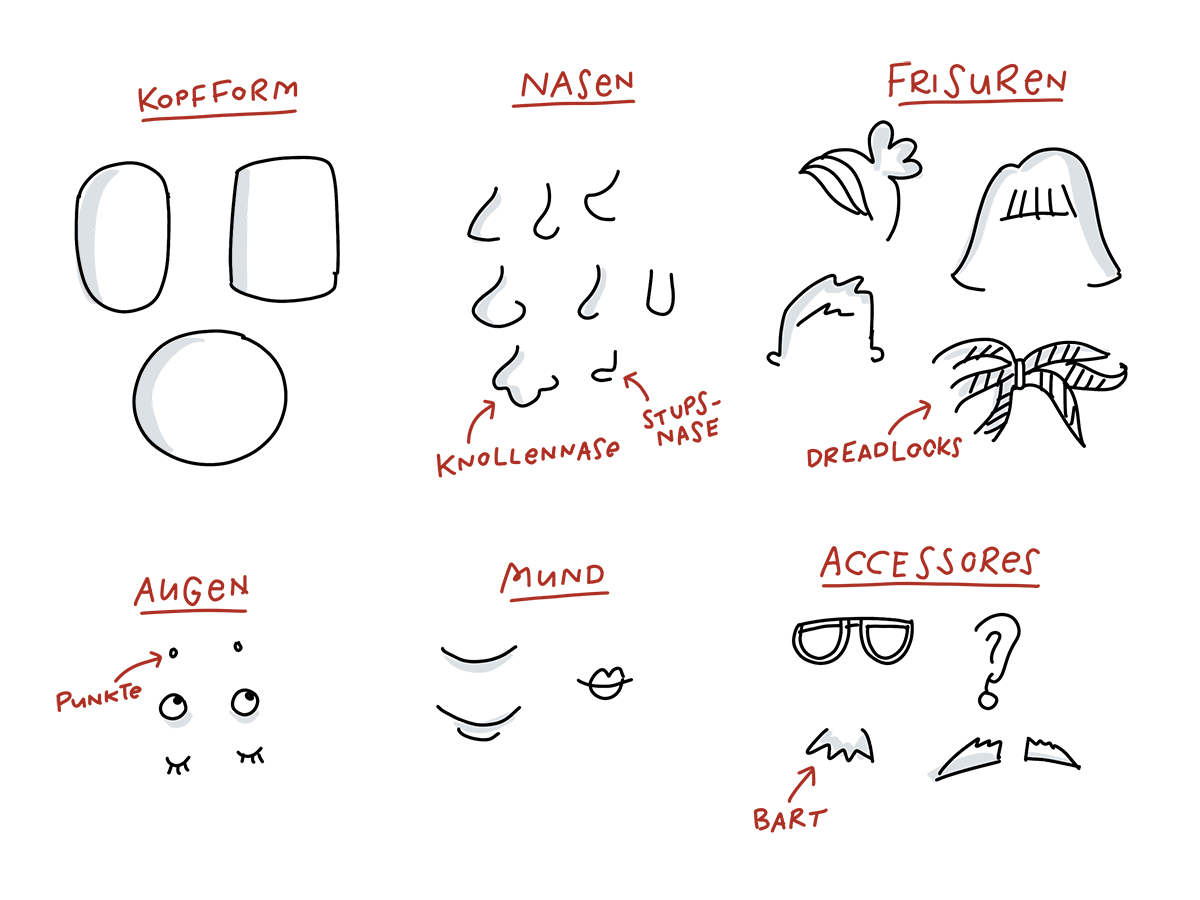 In this respect, when drawing people, I also attach importance to a few details:

For the eyes and the mouth, I usually work only with points and lines. However, sometimes it may also be useful to highlight certain features: big eyes or long eyelashes.

Due to the emphasis on so few features, a figure is automatically “neutral”, so it is often not necessary to emphasize ethnicity or demographic characteristics. Often, I draw simple people even without any peculiarities like hair. They just look like a very neutral person. 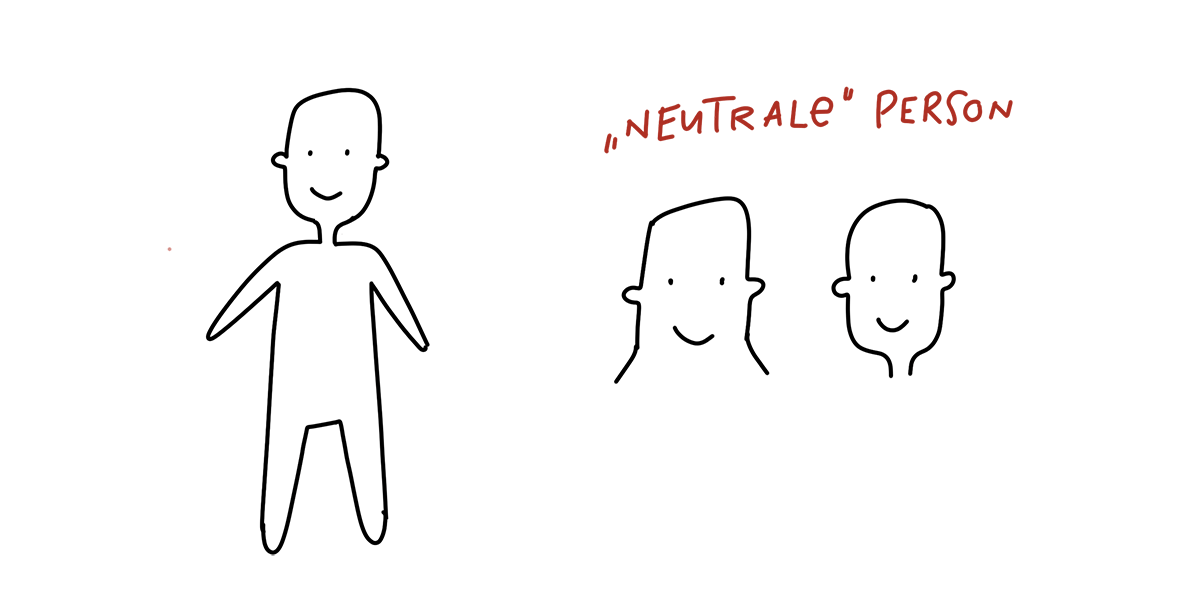 Sometimes that’s just not enough. In this case, a certain detail is important to visualize the character, the sex, the profession, or the task of the person. Here you often walk a very thin line on how to avoid stereotypes. Stereotypes do not have to be a bad thing, as long as you do not offend others or chew down the same stereotypes again and again. Here the question often is, at what point is something perceived as offensive. While some visualize a large nose as a feature, the person being portrayed might find this to be slightly offensive.

Examples of diversification in Sketchnotes

I recently worked on two projects that were supposed to show different groups of people. In one group, for example, I needed to show the demographic development. Since these were vignettes for a website, we decided in advance to draw people without faces because of the limited space. This has some advantages (just like the neutral “naked” figures): Faces make people very “personal” and detailed. We wanted to avoid that, also taking into consideration the background of the technical size.

In this case, there was the advantage that you could do without typical age and sex characteristics: wrinkles, bushy eyebrows, long eyelashes. The visual features and differentiations were therefore only made visible through hairstyles, clothing, physique, and size, which nevertheless worked well.

Another example dealt with trainees in craft trades. The cliché here said that these are often male with a migrant background, which shouldn’t be visualized under any circumstances. The reduction to lines and the omission of the faces made the question of certain facial features unnecessary. Again, a distinction in gender between man and woman was highlighted by their stature and hairstyle.

In another project, mainly teenagers needed to be portrayed. In that case, and due to the lack of teenagers in my immediate environment, I just searched the net for typical teenagers today. Again, I especially underlined the hairstyles, which were sometimes fringed and / or even covering the faces. In addition, I have taken care to keep the child schema in mind, so I set the features of the faces with relatively young proportions.

How to draw diversified persons?

I would like to quote Meg from this article: You Can’t Just Draw Purple People and Call it Diversity

»If you want to be inclusive, you need to illustrate different people, not different attributes«

Since, that’s exactly how I see it, too. Sometimes I draw strangers who sit in the same café as me or who I meet on the street or who walk past me. Everyone has something special worth remembering: red hair, eye-catching glasses, a big beard, a beautiful pony, a beautiful body, great curly hair, etc. When you start to see people like that and not categorize them immediately because of their appearance or language or whatever characteristic you put in drawers you automatically get diversification.

Because that’s how people are. 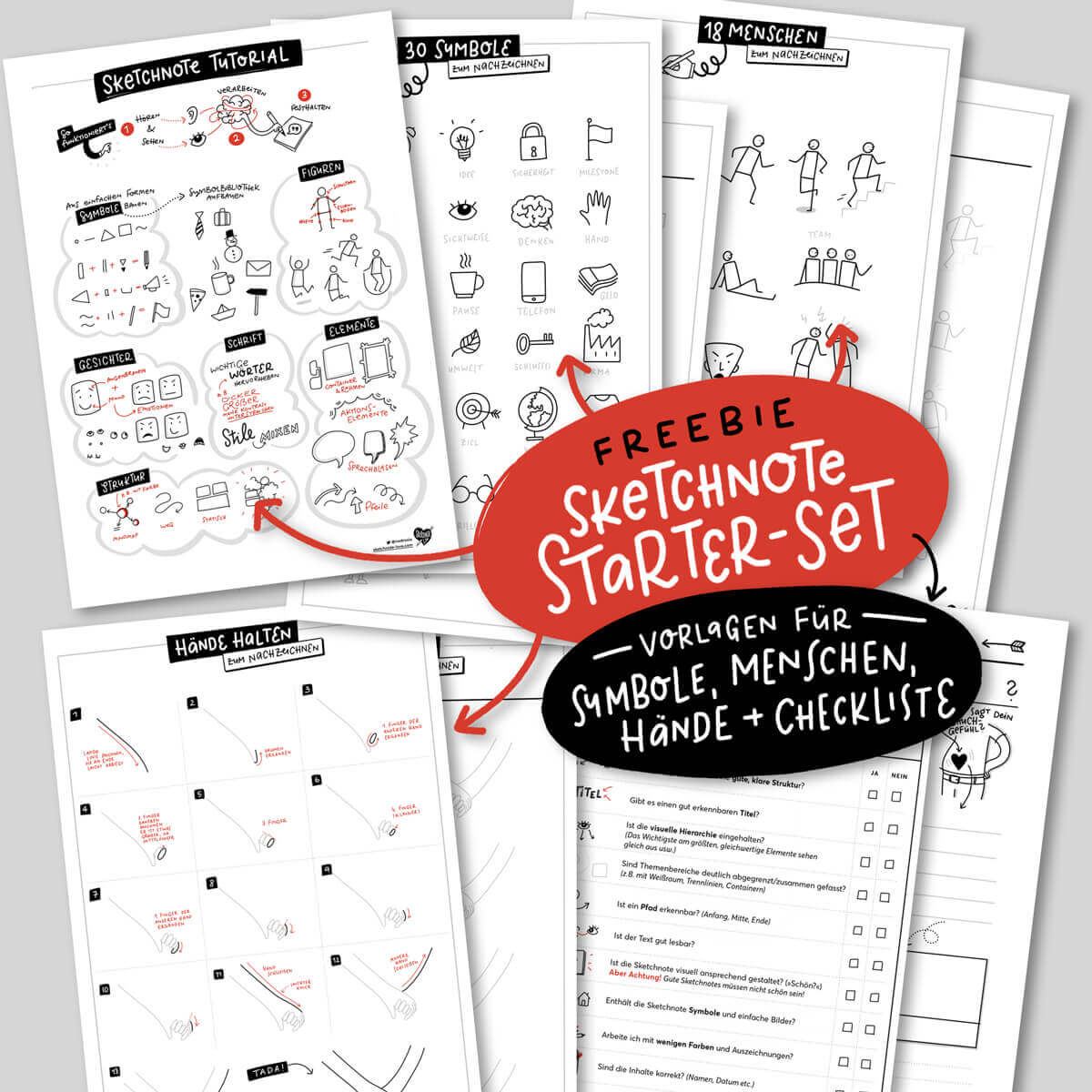 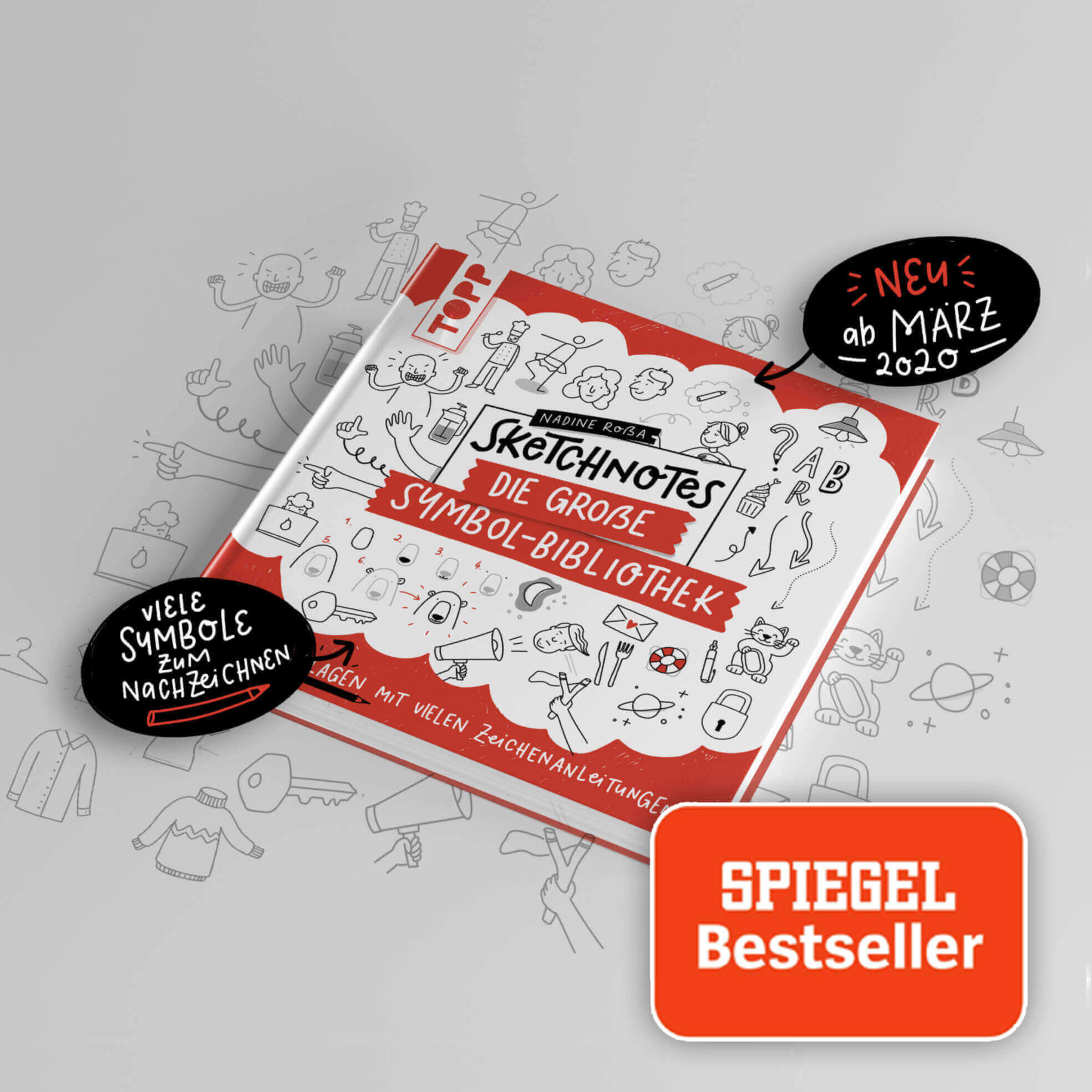